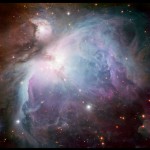 People around the world have practiced some sort of spiritualism throughout history. The human experience lends to our soul body having physical form and the opportunity to feel achievement. Our natural state is in spirit form. The pain and bliss all rolled into one when we incarnate is the threshold of transformation spiritually. This is why many religions have pursued everything from fasting to self-flagellation. The body can endure so much with our constant need to test and measure our strength.  What did humans believe in and pray to prior to our known history? Archeology has provided much of the evidence with carvings, art and inscriptions of figures that were revered. But who are these beings and where did they come from? The number of star beings that have visited earth far exceeds the imagination of humans. We have experienced higher intelligence and their ability to cut stones with precision that can’t be reproduced even today. We have monuments in the earth that tell time and mark the seasons with mathematical and astronomical accuracy and yet we refuse to look beyond our own earthly existence.   How can God create such a magnificent place and out of an infinite universe only create life on earth? This is the limited thinking of our species. Scientists today are finding other galaxies with earth like planets. They have even stated that life on other planets seems more and more likely. Extraterrestrials or star beings come in all shapes and sizes, some more advanced than humans and with physical form. Some aliens have no form and try to inhabit other bodies that are already here.  We have limited our minds to believe if we can’t see it then it’s not real. That negates your energy systems, what you feel and the entire spirit realm! The unseen can be scary to many people and this comes from living in a society that has nurtured the wounded child. Until we parent that inner five year old and comfort their fear we have a tendency to experience ‘fear’ as if we were still five years old. This results in a lot of adults running around acting out their wounded inner child. Our beliefs coupled with our fear about facing the truth has perpetuated this problem resulting in a wide spread denial. It seems nearly impossible to ignore the facts that science has discovered thus far.   We once thought humans existed for the past 200,000 years. That number recently jumped to 400,000 years. That is mind bending in relationship to religion and puts what people worshiped in the past into more perspective. Star beings have come to earth to help our species, educate, experiment on and simply observe. Others have already integrated and cross pollinated with humans. There is an influence from above that has marked many sites around the world from Stonehenge to the Great Pyramids. We have been intercepted by the Gods in many lifetimes and those who experienced such an encounter left us the messages carved in stone with a much different understanding for the star beings that came to earth.

For over thirty years, author and Mystic Healer, Sonja Grace has been offering her international clientele, immediate stability, clarity, and guidance. Sonja is an energy surgeon who works with the physical, emotional, mental and spiritual bodies. She helps clients process emotional wounds, clear karma and gain inner peace. Her new documentary ‘Spirit Traveler’ is being filmed in England and you can follow her @spiritraveler on twitter. Her new book ‘Become and Earth Angel’ Advice and Wisdom for Finding your Wings and Living in Service is available through Findhorn Press. Her companion film series ‘Earth Angel’ can be found on her website www.sonjagrace.com