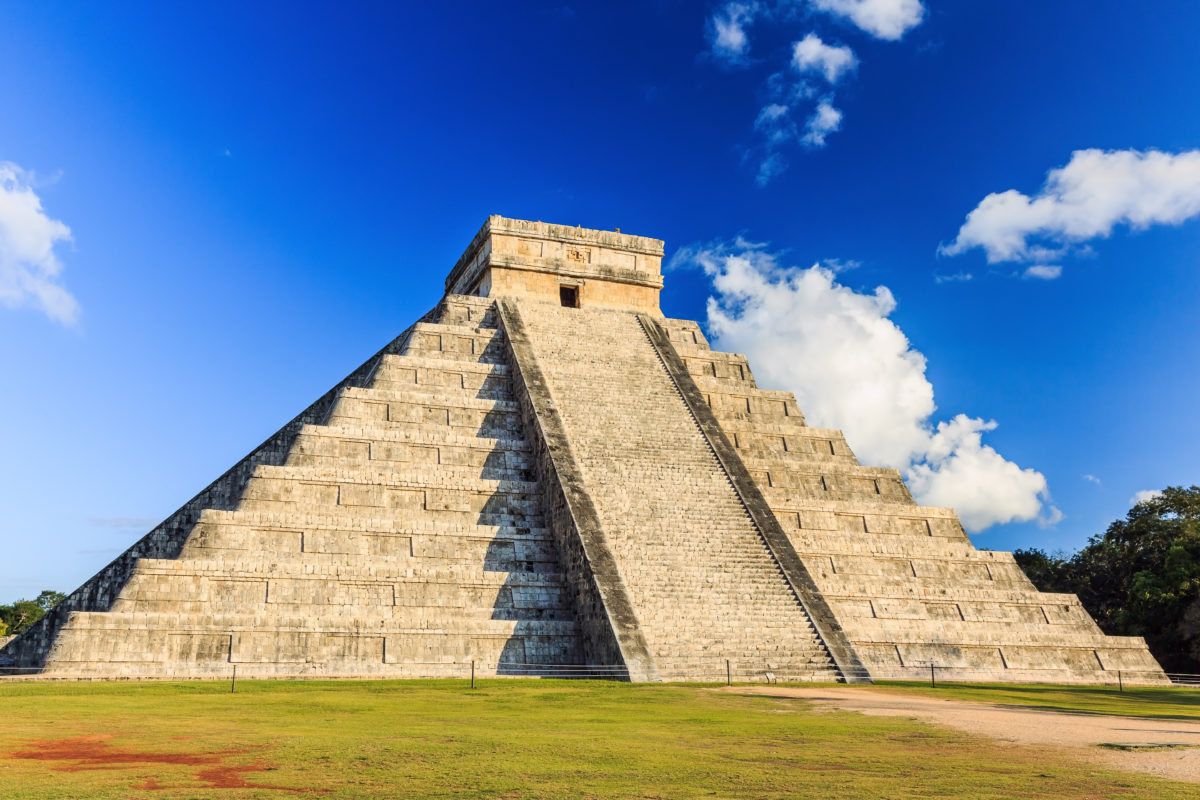 Sonja Grace moves through the realms and returns to Mexico’s Chichen Itza and the Temple of Kukulcan to answer one of the greatest historical mysteries: Why was this magnificent city abandoned? Chichen Itza gets its name from the Yucatec Maya meaning, ‘at the mouth of the well of Itza’. At the heart of the site is the Temple Kukulcan, a pyramid with extremely odd acoustics. The name comes from a Mayan snake deity who, legend has it, was a boy born as a snake who was cared for by his sister in a cave. As he grew he developed wings and eventually flew out of the cave and into the sea, causing a tremendous earthquake. According to myth, the snake causes earth tremors annually in the month of July as a way of communicating to his sister that he is still living.

Sonja explains how the legend was born and why the city was abandoned.  She takes the reader on a journey exploring the geometry of the pyramid. She describes that its 91 steps on all four sides represents the 365 days of the year. Sonja reveals how the Spring and Autumn Equinox are important to the site and the awakening of the feathered serpent.