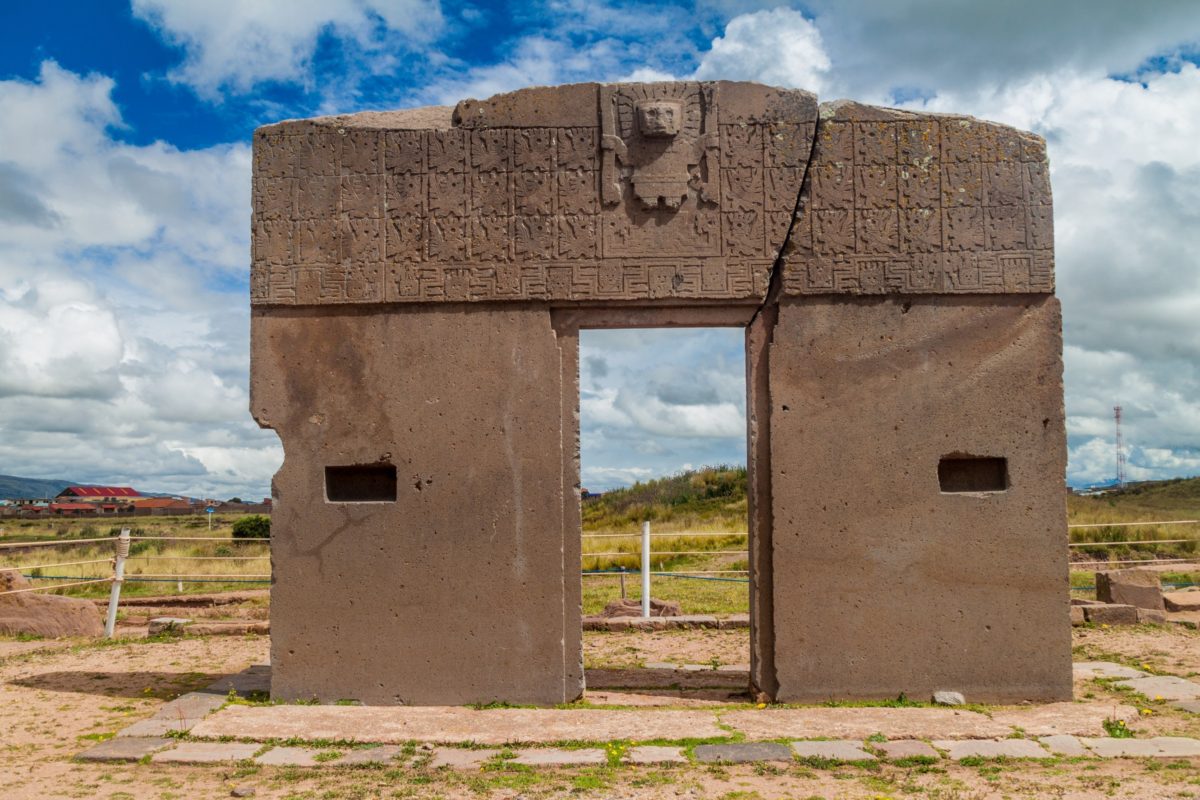 Chapter Three:  Tiwanaku – The Gate of the Sun

Tiwanaku (Tiahuanaco) is often called ‘The Gateway to the Sun’, and can be found high in the mountains of Bolivia. It is pre-Columbian and is recognized by Andean scholars as one of the most important precursors to the Inca Empire. It is believed to have been the administrative center of power and ceremonial capital for approximately 500 years. The Spanish conquistador and chronicler, Pedro Cieza de Leon, was one of the first people to write about it when he stumbled upon the remains of the city in 1549. For hundreds of years, historians and scholars have been asking: Who built these giant structures in this high altitude and cold area where few natural resources are available and little food or sustenance can be grown? Who were the original inhabitants of Tiwanaku? How long did they live there? Why did they perish and what are these mysterious structures? Sonja Grace answers these long asked questions. She explains the importance of the light as at moves through the structure at Spring Equinox and how the star travelers influenced this sacred site.